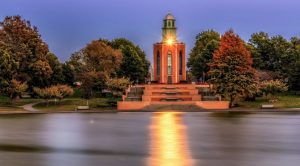 We believe that the days of mere survey’s of users are at the other end of their bell curve.

Why survey your users when you can better align with them?

Certainly there is survey software that can be quite effective for the range of what it does.

Commonly these can ask questions, & even conditionally branch to other surveys. The problem is that they commonly branch on maybe a single or only slightly more conditions.

We can branch on dozens, hundreds, thousands or even more conditions.

So, from an industrial strength point of view, we have some serious capabilities that currently we haven’t found in any the survey software that we’ve seen. And, we’ve widely surveyed the market.

If such a thing exists, we just haven’t seen it.

Simple survey solutions may commonly have limitations on the types of questions used. They may require branching on only options type questions. A number of vendors seem to talk about 25 or more types of fields, but usually options type fields are the ones to branch on.

We branch on all the fields we have.

Commonly, surveys are designed for asking a series of questions of a user.

We can actually adopt a model based approach. So, we can align with a user, in several areas at one time, & keep on until enough is done to react to a user at the end very quickly.

So, we can branch & align with users, & at the end pull it all together as if this was planned.

However, we can go beyond what was planned in a non-linear way, if there are enough Knowledge Engines (KE’s) in a cluster to make this feasible.

Surveys allow a user to output PDF, or CSV or perhaps Excel or some other file formats.

We can perform Intelligent Document Completion, so we can at the end of an interaction with a user, create in HTML almost any document that can be easily dealt with in HTML, right up to HTML 5.

However, why survey when based on models in questions you can actually align with your users, & provide them with sophisticated documents advising, providing for serious intelligent document completion, or even governing what they do?

Is your HR simple? Probably not.

Are your interactions with your customers, & prospects just really simple?

Maybe if you sell commodities in just a few ways at a lower level perhaps.

However, for any level of complexity, this is also probably not the case.

What about your vendors, is it easy to just interact with them & know that you asked what you really should to get a better deal for your company?

Maybe this to could bear a bit more scrutiny.

We think that BPO technology is more appropriate in many business case settings than mere survey software. Why survey, when you can align?

Like a Bus Dev Super Store For High Technology Groups